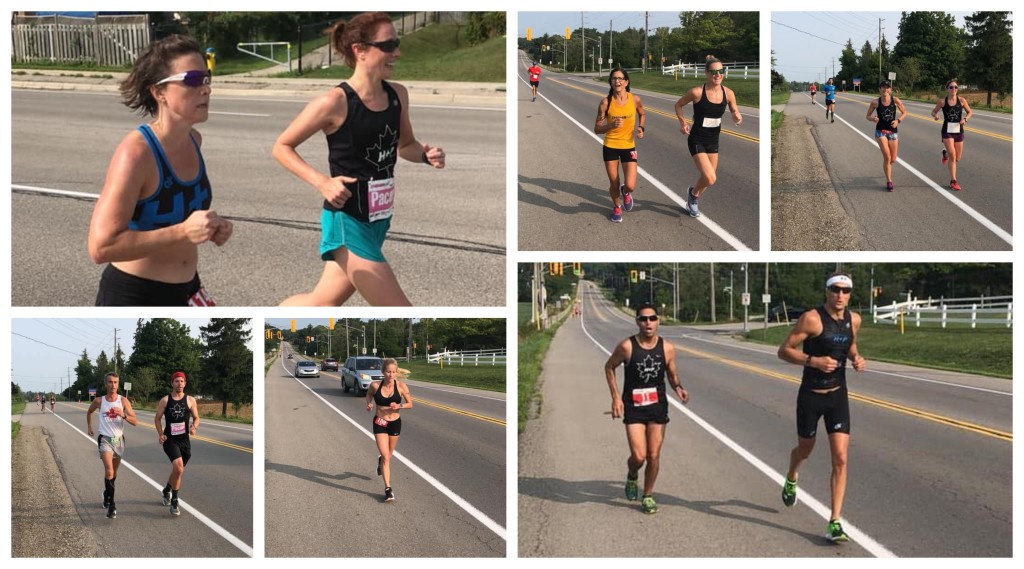 It’s hard to believe, but another year has come to an end!  There were many close battles that really came down to the wire in the final day.  Here’s how things went down:

The final standings are finally here!  What a week of movement we had! FULL RESULTS.

The Men’s A and Men’s Masters A sat comfortably in 1st and 2nd going into the final day and finished in this order.  Vicki was strong enough to hold off the charging Aidan Rutherford of Men’s B, who moved his team all the way up to 4th OA with this 2:54 after sitting in 8th earlier this week, only 5:24 off of the podium.

The Men’s C team fought valiantly, proving there is more to them than meets the eye! The team finished in 5th, while the Men’s Masters B were only 11:22 back in 6th.

The H+P Women’s Masters ran strong to finish in 11th OA (how much higher up would they be if we age and gender grading this?! Well done ladies!), while the H+P Mixed squad was anchored by a very strong BQ and PB form Rebecca to finish 12th OA.  And of course, our Funatics were anchored by a solid 4:13 debut from Brian to help them finish in 15th OA.

The Masters vs. The World competition saw the strong marathon trio of Merzi, Holger and Robyn throw down amazing times to bring back all that was lost on Chicopee – despite amazing runs from Rebecca (PB!), Ian (PB!) and Thaddeus.  This means the Masters squad wins this challenge by 1:41:27 after 480K of racing/team! Full Results.

The boys were primed for the record, but Nick’s legs simply were torn apart from the week of racing and no mileage leading into it.  As a result, the squad finished with a respectable OA win, 9 minutes back of club record, and the 3rd fastest H+P relay time ever. Full Results.

Merzi was beat up and sick all week, but he knew EXACTLY what he had to run for the event record…and he delivered.  With only 3 of the 7 masters athletes running faster than the record year (Jan, Jon and Merzi), they were still able to set a new club and event masters relay record by a gap of 1:23!  Well done boys..that’s 0.52s/K over the course of the week for those doing the math!  Full Results.

While the Men’s C team made things VERY interesting by taking 3 of the 7 stages, building a lead of up to 23 minutes, and maintaining the lead for 6 of the 7 stages, nothing could be done to battle Aidan’s strong 2:54 finish as the Men’s B won this round by 26:21!

Again to be deceived by the name “Funatics,” this squad is here to compete!  With a strong marathon debut from Brian, they were able to defeat the 2016 squad by 41:18 in the end – well done!  Full Results.

Holger crushed his 2016 self with a very solid 3:28!  While this wasn’t enough to bring the Men’s Masters B team ahead of the 2016 Masters A, they finished a mere 2:56 behind after 160K of racing!  This is without a doubt a huge success and a testament to the growing depth of strong runners at H+P – well done boys!  Full Results.

The Women’s B team had a strong anchor in Andrea Sweny to finish the week with a total time of 13:50:45.  This was fast enough to take down our Women’s A-team from 2014 and to sit as the 5th fastest women’s relay team of all time behind only our 4 most recent Women’s A-teams!

It was an amazing battle to watch in the ultimate all week!  In the end, our women all threw down amazing marathons to finish 1st (Val), 2nd (Robyn), 3rd (Vicki) and 4th (Rebecca).  Robyn took the marathon win for women with a debut marathon time of 3:11:20, With Val just behind in 3:12:21!

On the men’s side, Aidan crushed his debut marathon in 2:54 to finish 2nd OA.  Nick battled very hard to drop Christian, finishing his marathon in 3:05 to finish 4th OA – only 2:09 off the podium.

Ian had an amazing ENDURrun PB to finish 9th OA, while Thaddeus finished strong in 12th.  Merzi and Vicki held their positions in 13th and 14th OA to make sure H+P held 8 of the top 15 places by the end of the week.

A huge congrats goes out to our runners who were able to manage PBs in the week!  This is a direct reflection of a year of hard work and discipline!

Rebecca takes the cake as the MOST improved with an epic 1 hour 51 minute drop in time from 2017! She also finished off the week with a huge marathon PB, and qualified for Boston for the first time ever.

New to H+P, Ian also didn’t disappoint!  He showed an epic level of improvement totaling 1 hour 10 minutes by the end of the week!

Despite having an already very lofty performance to take down in 2017, Val managed to run faster than every single stage posting a new ENDURrun PB by a gap of 29:05! She took the gold jersey for the ultimate win for the first time ever, after 2 previous ENDURrun Ultimate attempts.

Finally, we can’t miss the individual results among all of these epic week-long challenges! YES despite it being a tough course at the end of a tough week, there still were some PBs and club standards hit!

Aidan hit a PB (Debut) with a H+P C-Standard of 2:54!  Robyn hit a PB (debut) but also smoked the masters women’s B-Standard, as did Val!  Ian and Rebecca also came in with massive marathon PBs.

That’s it for 2018.  It’s bitter sweet to see things come to a close, but the physical agony and competition and fun will be here before we know it in 2019!

Thanks for making it such a great week all!