What an amazing day at the 2018 H+P Trackfest!  A huge thanks to everybody who came out, added depth to the competition, and made it such an amazing free event for all!  It’s not often you have a race where 62.5% of the racers break 20 for 5K!

Here are some highlights! 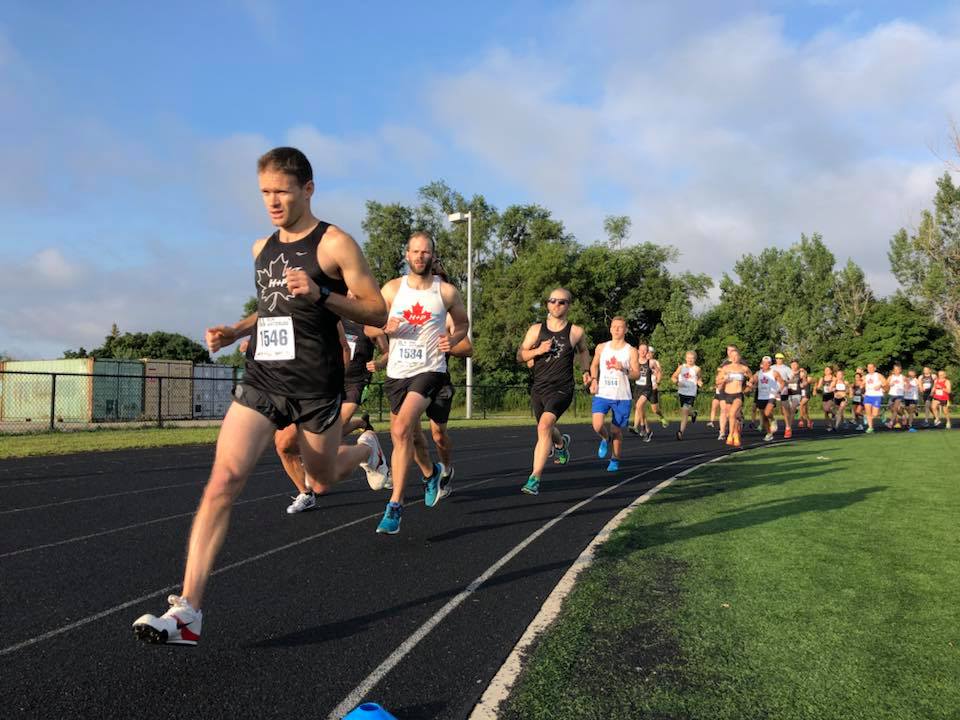 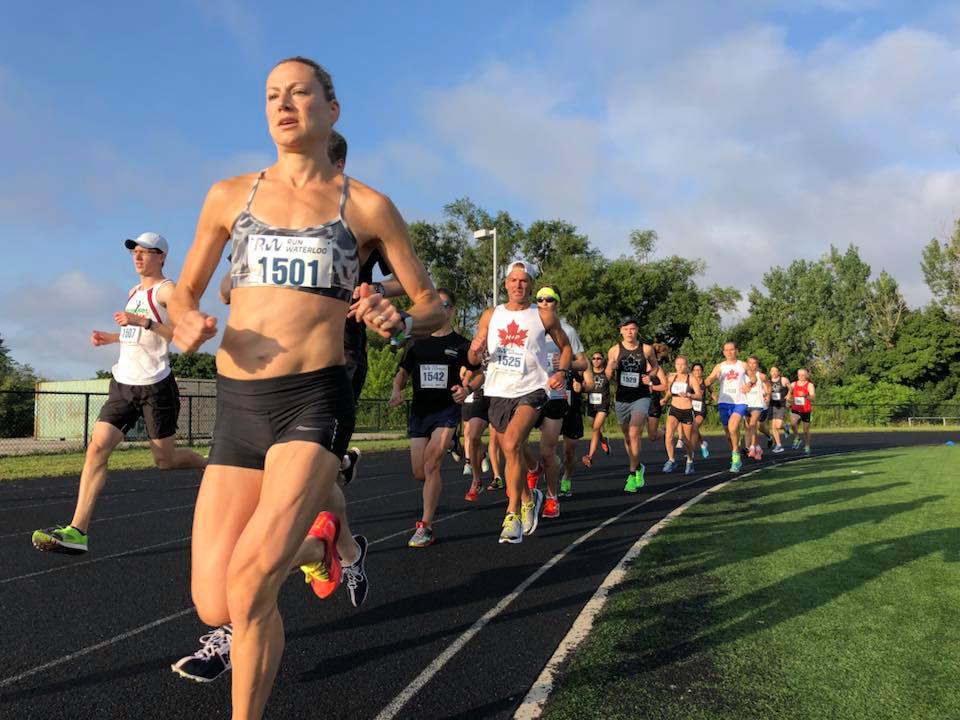 On the women’s side, Erin McClure crushed it running 17:28.  This earns her the 5K A-Standard, making her the ONLY H+Per to own 3 of them.  She is now only 1 marathon away from becoming the 1st ever H+P A-Standard Champion!! 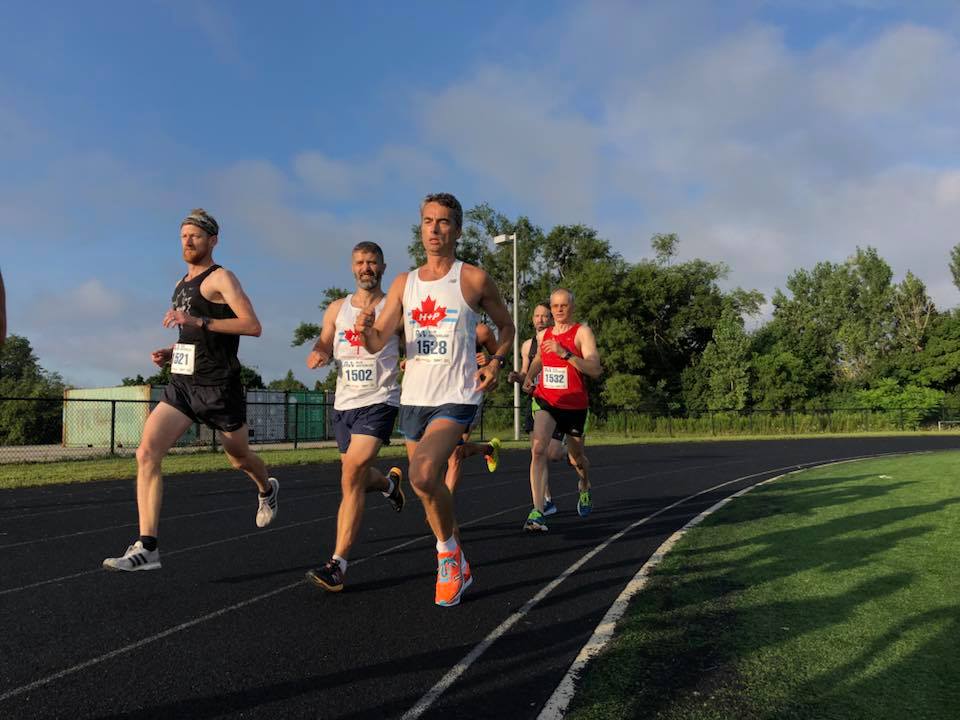 It was an absolutely awesome showdown in the 3000m.  This race was grouped in with our two 5000m waves, so they had more athletes to push with. That resulted in PBs by every single athlete other than a few who had attempted the distance last year.

Props to Brendan for taking the win in 9:46, Jon Fugelsang coming close behind in 9:53, and James putting in a very solid PB performance of 10:05.

On the women’s side, Sarah R took the win with Nathalie coming in just behind! 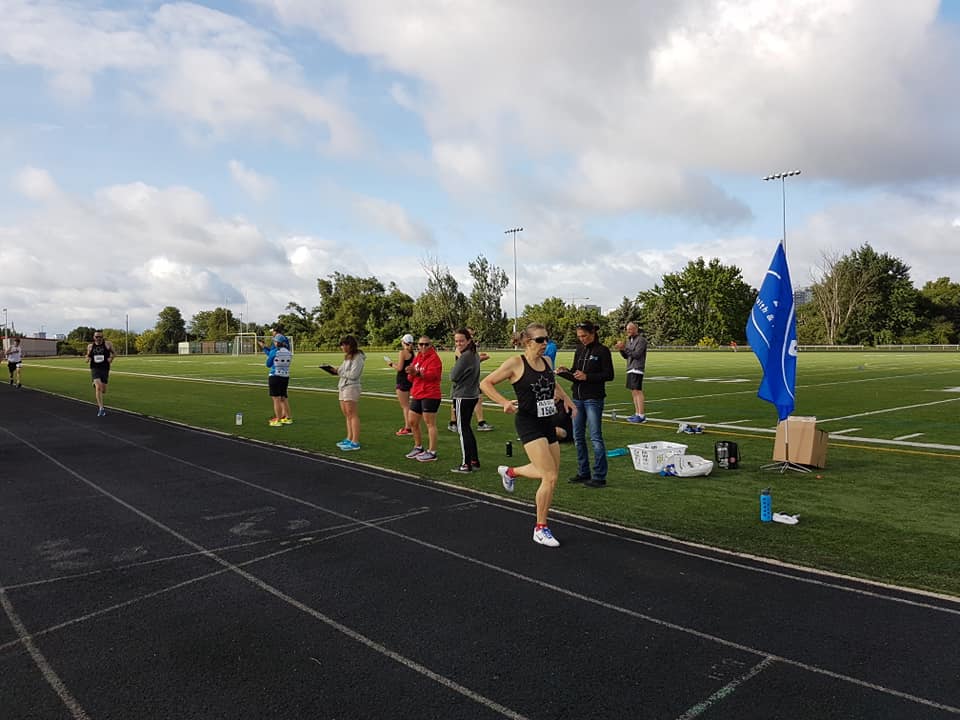 It was a very closely matched showdown in the 1500m! After Peter came in with the win in 5:06, there was a mere 15s separating 2nd through 4th!  A huge congrats to Robyn on completing her 2nd of 3 races on the day, posting a very strong 5:25. 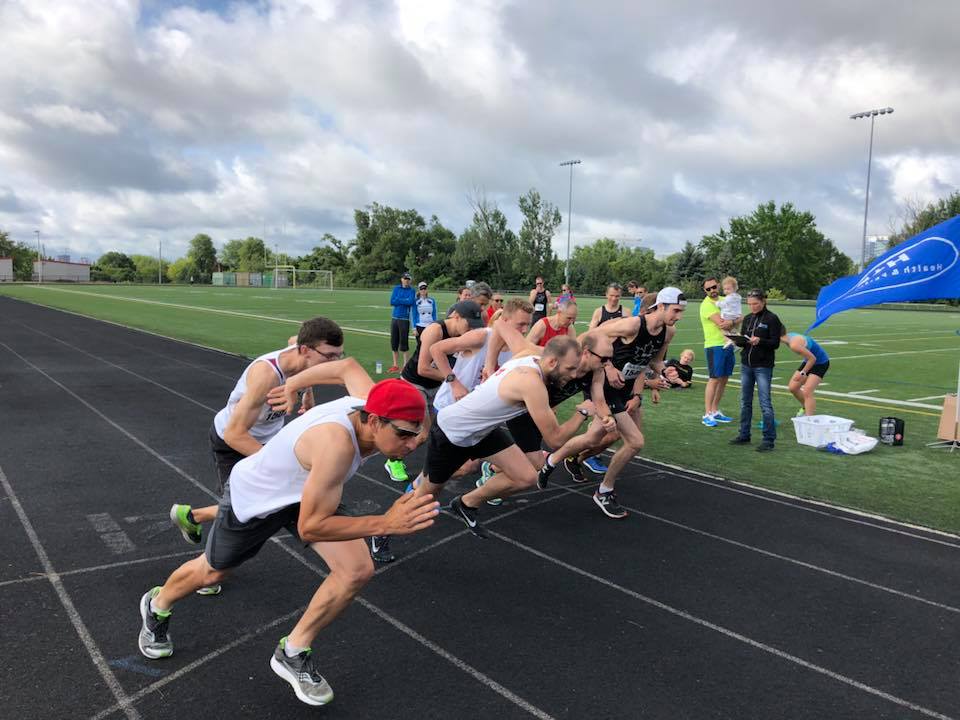 The event finished off with an epic 800m showdown!  Brendan took the W finishing in 2:08, while Robyn was the 1st female to cross the line in 2:43. 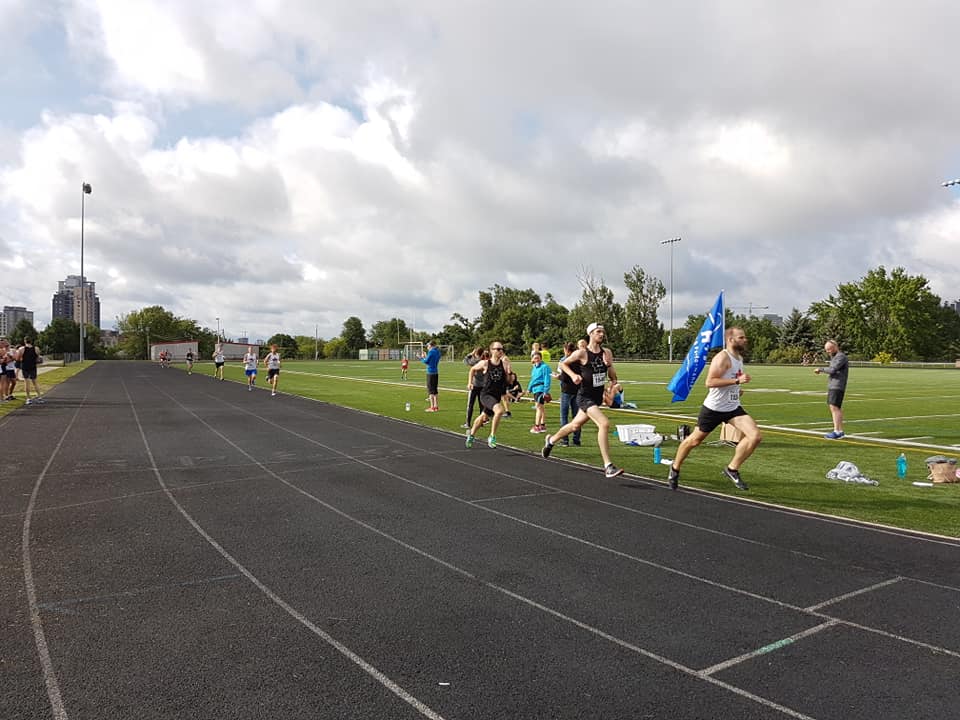 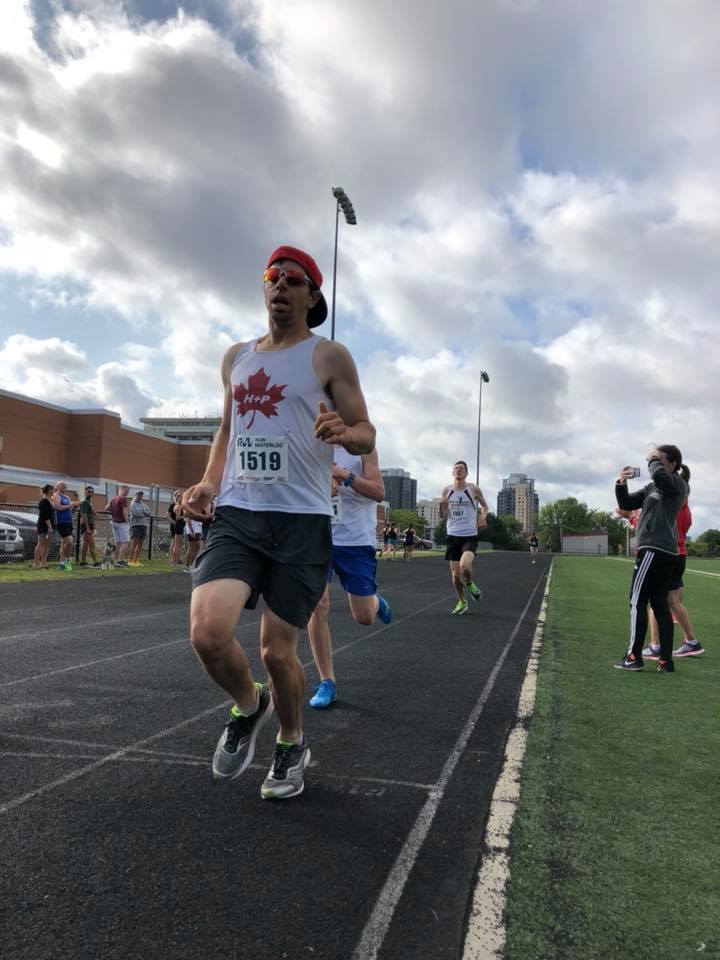 After the official results were done, we also had a relay race!  4 of our masters all-stars selected 10 people for a 200m relay showdown!  Team Jon Fugelsang came up on top, followed by Team Larry! 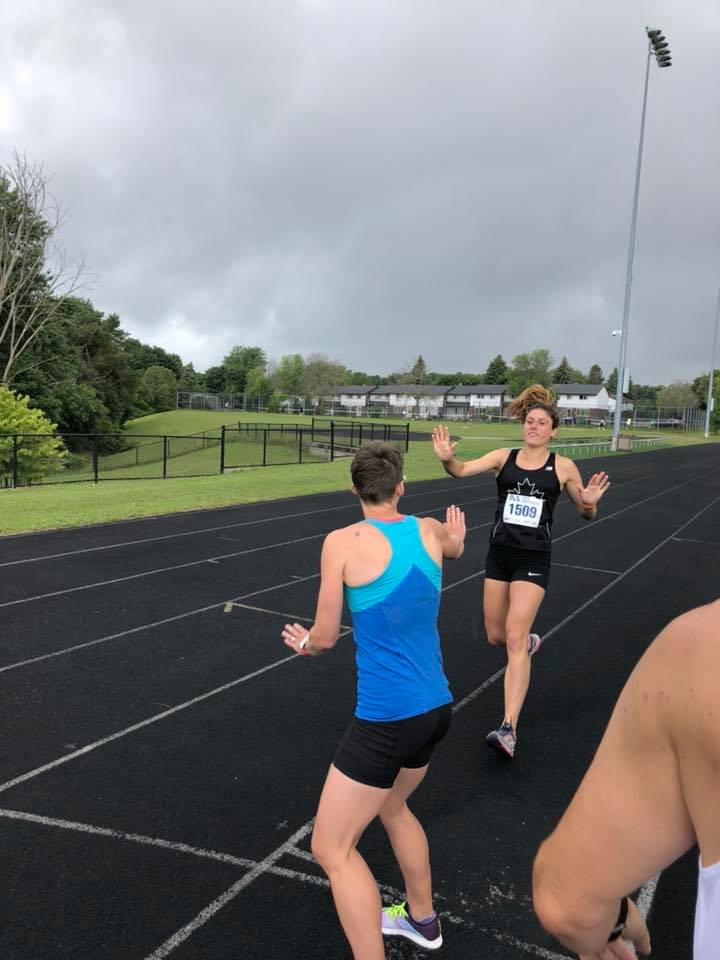 We also have to say thanks too all the people who helped to make the event possible!

Firstly, our amazing timers: Jill, Ben, Katja, Julie and Gillian!  You guys are the best! 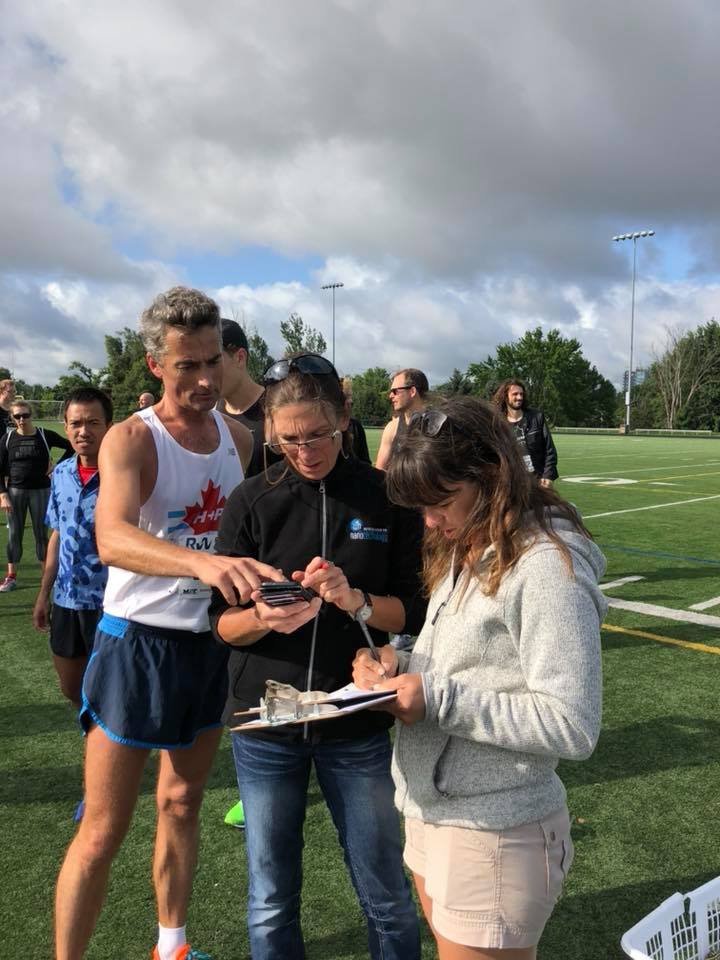 Also our amazing food sponsor- Mike Hewitson of My Next KW Home!  We don’t have a pic of him, but at least we have a pic of some of the food he brought! 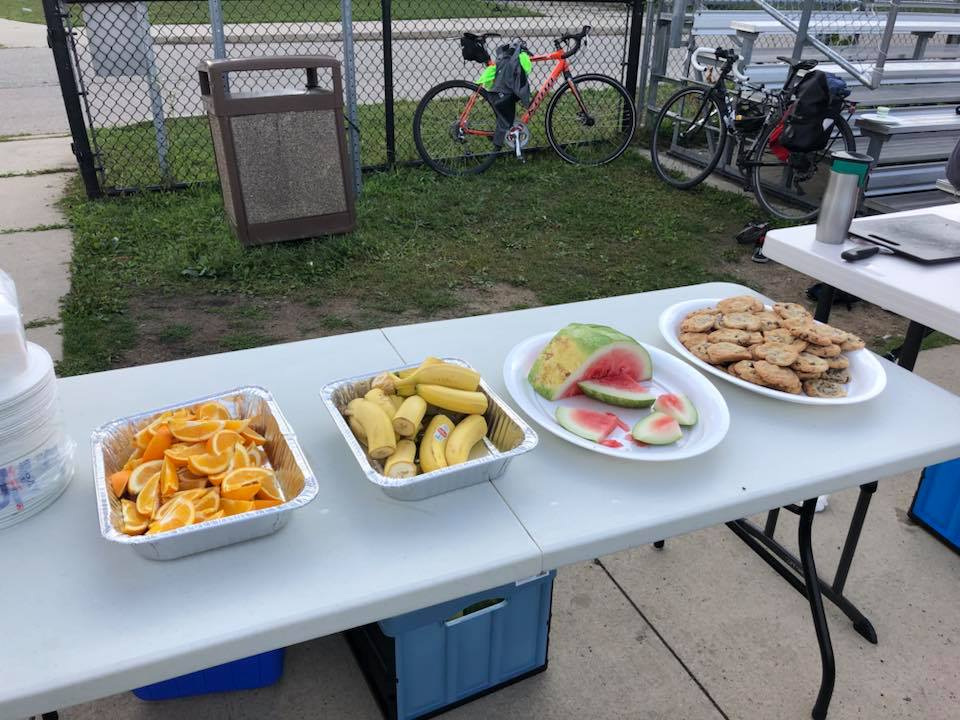 Also, how we can forget giving thanks to Saucony for supporting our club.  We loved the prizes! 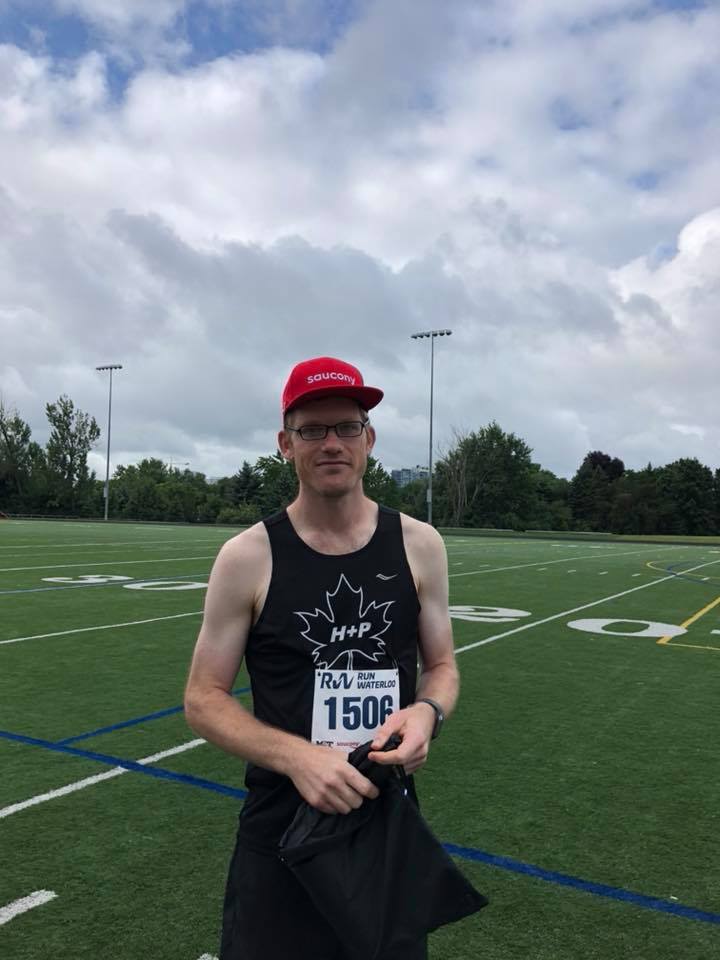 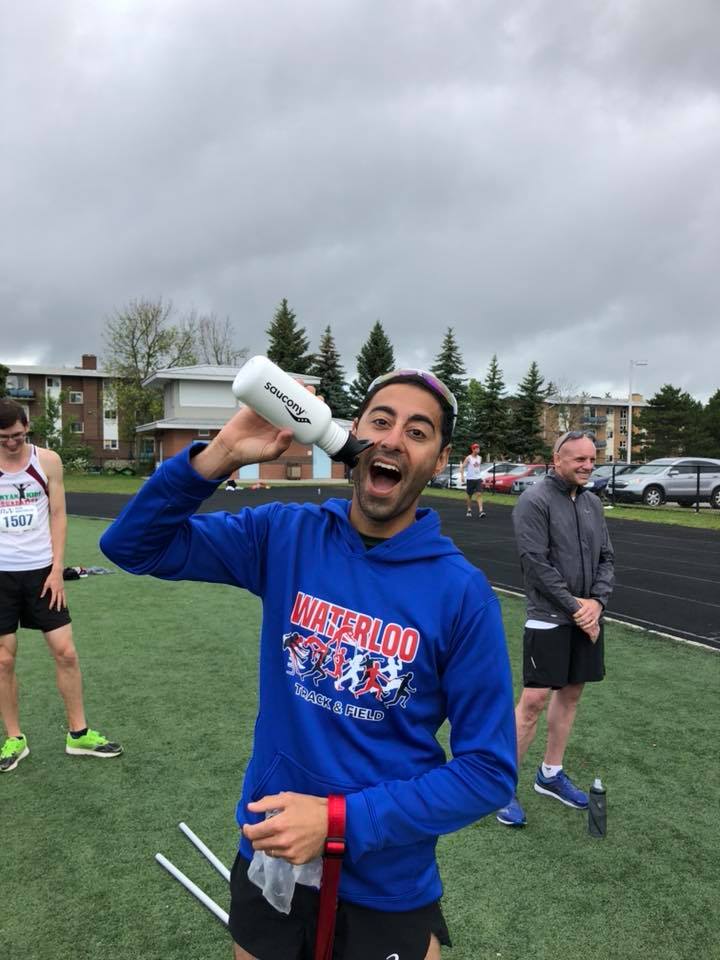 Finally a HUGE thanks to Run Waterloo  for coming out to support us under very extenuating circumstances!  Pics from Julie will be coming soon.  Also, they supported the event with free race entries for the EPIC Fall 5K Classic– one of our biggest targets for the year.  The winners went to 2 people who hit PBs today: Sarah Rhydderch and Alex Tohivsky!