Sam Lalonde (aka Whiz Kid) has put his running on hiatus to pump out code and data that helps analyze H+P runners!

The Summer Time Trial is almost here, the best day of the year for an H+P athlete (ENDURrun is the best week of the year)! This race is a horrible distance (trying to run your 1K pace for 2.2K), on horrible course (that tennis court hill seems awfully big at vomit speed), at the worst time of the year (everyone is in the middle of high mileage), and in the worst temperature (so hot), but it’s AWESOME! There’s something about racing on your home turf side by side with your friends (or enemies) that lets you turn it up to eleven.

This race also plays a big part in the H+P World Ranking. It’s the 3rd most popular race in terms of counting for rank position, behind only the Oktoberfest 5K and the Toronto Yonge St. 10K (RIP). So make sure you take advantage and really hammer it! Take a look at some of the previous H+P results to see how your peers have done.

Can anyone else join the sub-7 club? Here’s a ranking of the all-time best H+P member performances (one per athlete). And don’t forget to use to Calc to figure out what you need to run to pass other people in the ranking (unless they run fast too!) Just change the name to yourself.

It’s going to hurt, that’s for sure. In fact it’s so bad that Sean and Gill won’t even race it. Good luck everyone, and don’t forget… 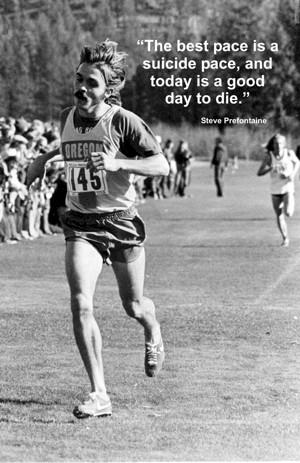