All week long this will be the post to read our recaps!

Check out the rosters HERE the full stats on HPWR as well HERE. 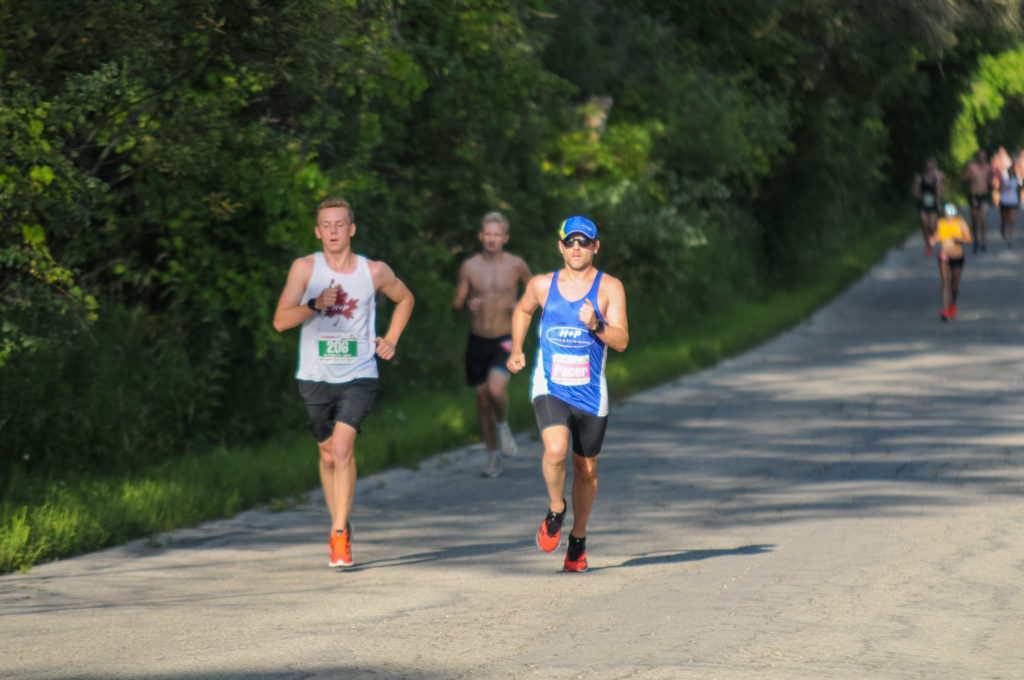 Robyn was 1st OA on the day for women building on her lead.  With Val out, Rebecca and Vicki are now battling for that final podium spot.  Vicki put a few seconds into Rebecca and now is less than 3 minutes off the podium.

On the men’s side, Aidan was the 3rd fastest ultimate on the day, again consolidating on his 3rd OA.  Nick took some time back on 5th OA to bring him back within striking distance.  Dave, Ian, Robyn and Reza also still sit in the top 10 making it  6 H+Pers in the top 10.

Things are really heating up in the relay challenges!

Men’s A got a massive boost from a 58 minutes run by Greg C.  They are now right back on record pace and ahead of club record pace.

Men’s Masters A hung on for dear life with a hard-charging James and men’s B team.  They lost a few seconds, but the masters squad still sits in 2nd OA and the top prize money spot with a 3 minute lead.  Luke’s run was also enough to once again put the masters squad even further ahead on record pace.

The women’s B team had a strong replacement runner in Lindsay holding things down.  Her and Greg C were able to eat into the Women’s A  + Men’s B super team with the gap now sitting at a mere 1:31 after 4 stages.

On the shoulders of strong runs form Heather Dixon, Brad and Luke, the masters squad was also able to take back time and pop back into the lead in the Masters vs. World super team challenge– what a back and forth battle this has been!

In the Team Boss vs Team Dalton challenge, Boss still holds the lead but team Dalton is mounting a comeback!

Men’s D still has the lead over men’s C, but things got closer after Nate crushed his own performance from last year. 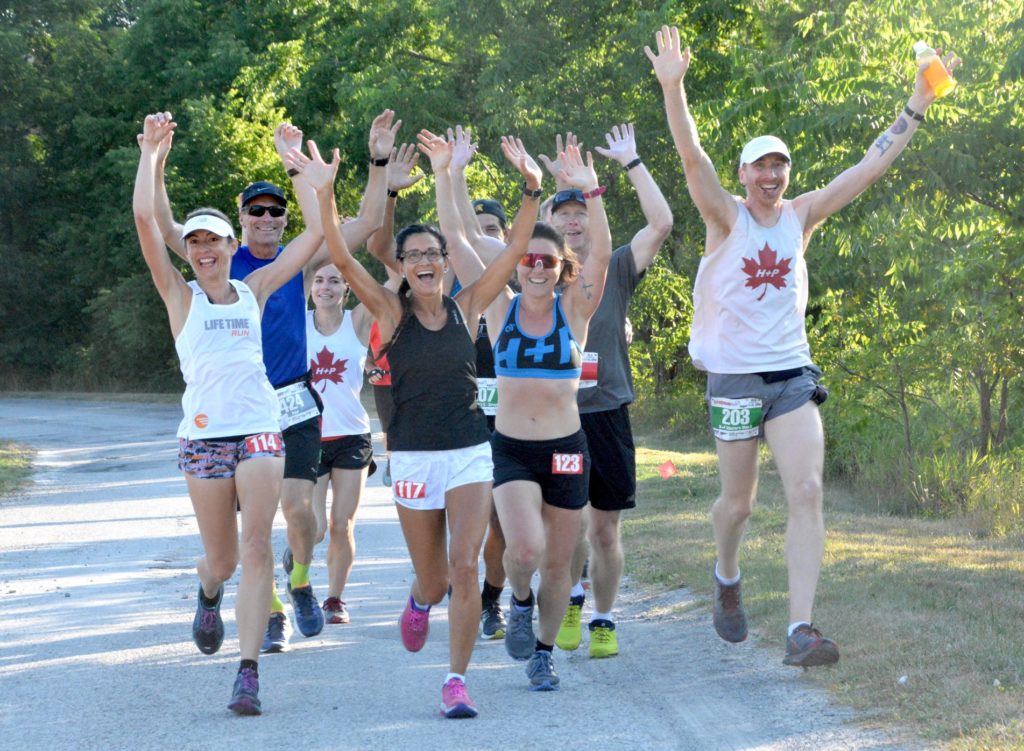 With some strong performances, H+P now holds 6 of the top 10 with Thaddeus knocking on the door in 11th.

Robyn built on her lead in 1st place with an awesome 2:22.  Aidan impressed throwing down a 2:02, really building on his position in 3rd.

Val, Rebecca and Vicki still sit in the top 5 overall making it 4 H+Pers in the top 5 and 2 on the podium in the women’s race.

H+P now sits 1-8th OA.  UPSET ALERT: The men’s D team have a major lead on the men’s C team- this will be a battle to watch!

After a strong 2:23 relay record performance from Emily, the Women’s A team is ahead of record pace!  The Masters Men’s A is still on track for the record on the heals of a strong 2:22 from Jon Finn.  This was also good enough to bring the Master Men A-team into 2nd OA.  The Men’s A had the bounce-back performance they needed from Graham, and now still have a very real chance  at the event record.

In the Men’s A Women’s B vs Men’s B Women’s A challenge, Janice and Graham hammered their stages, bringing this team back into the lead by a slim margin of 2:55.

In the Masters vs the World challenge, team world made a massive comeback with great runs from Thaddeus, Tyler and Janice.  There is now under 4 minutes separating these teams after 18 athletes have raced!

In the Team Boss vs Team Dalton challenge, Boss now has a major lead after the 30K, but team Dalton’s best runners are coming!

On the men’s side, Aidan threw down a strong 55:17 to build on his 3rd OA.  Nick salvaged his race with a 1 hour performance to hold 5th OA.  Looks like another battle is brewing between him and Christian!

In the relay, H+P now holds 9 of the top 10 overall positions.  Men’s A were sad to lose all-star Jon Redfearn in the 15K, but had a decent replacement in Nick.  The battle for 2nd OA looks like it’s going to be intense between the Women’s A, Men’s B and Men’s Masters A with less than 4 minutes separating them.  Because the Men’s A lost Jon and declared this within the 24 hour limit, they are no longer eligible for prize money…this is now the fight for top cash!  The Men’s Masters B will be battling to maintain their position in 5th with Lifetime Fitness, Women’s B and Men’s C + D not too far behind!

In the fight for records, the Women’s A have fallen just behind record pace, which was expected given how things lined up- they are still performing according to plan to take it down at this point!  The Masters Men’s A are 100% on track for the record after a strong run from Larry.  The Men’s A still have a chance  but definitely hurt their chances with the loss of Jon today.

In the Masters vs the World challenge, it was an EPIC day with a mere 7s separating the two teams after 6 athletes crossed the line.  The edge went to the World represented by Michele Studhalter, David Wulff and Steve Schmidt, but the Masters super squad still has a 15 minute lead overall on the week.

In the Team Boss vs Team Dalton challenge, Boss now sits with a 20 minute lead after a strong run from Mike. 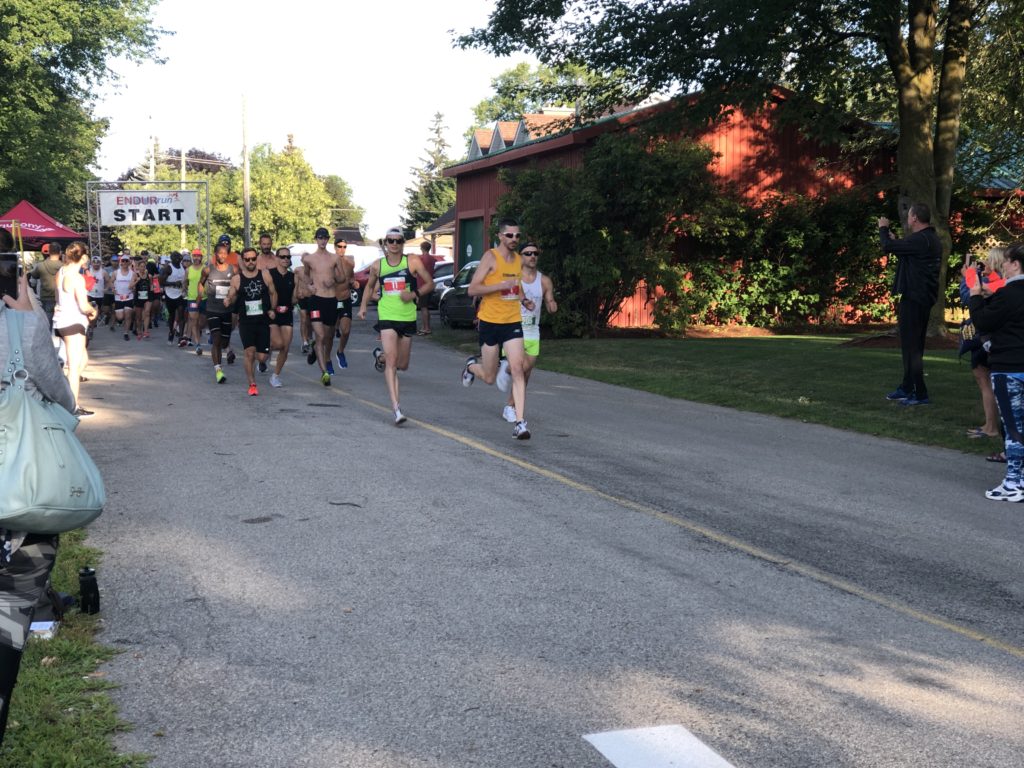 What a start to the ultimate!

Coach Nick ran 1:23 to hold 5th OA, while Vicki and Rebecca also ran times good enough to sit in the top 5 OA on the women’s side. 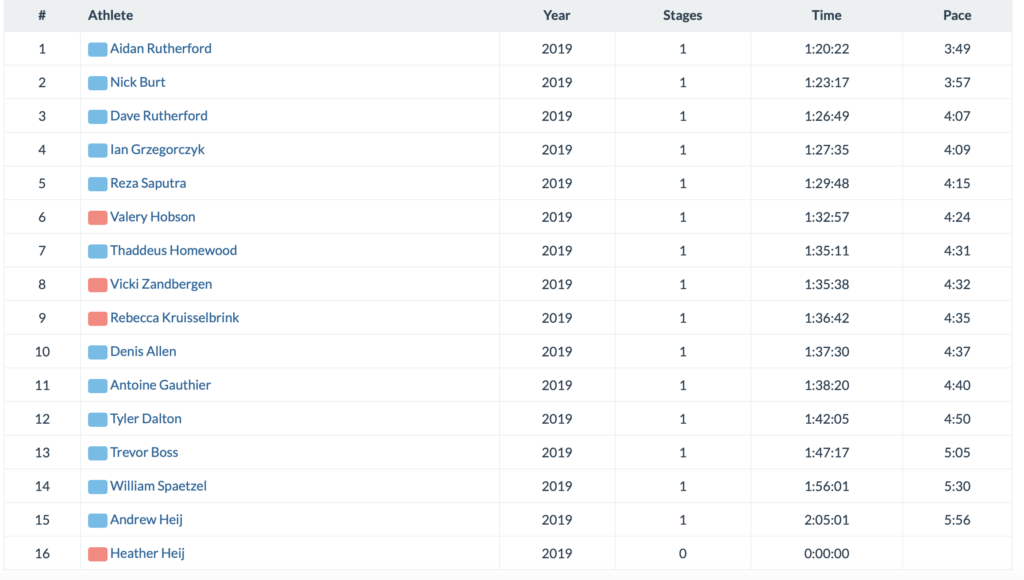 Team Boss is up to an early 10 minute lead over team Dalton in that challenge, while the Masters is 16 minutes up on “The World” in the 6-team super battle.

IF you have a specific battle you want to see, let us know!