What a day at the 2019 H+P Trackfest!  We had our most participants ever, a number of PBs and career bests, and a few event records too.  Here are some of the highlights! 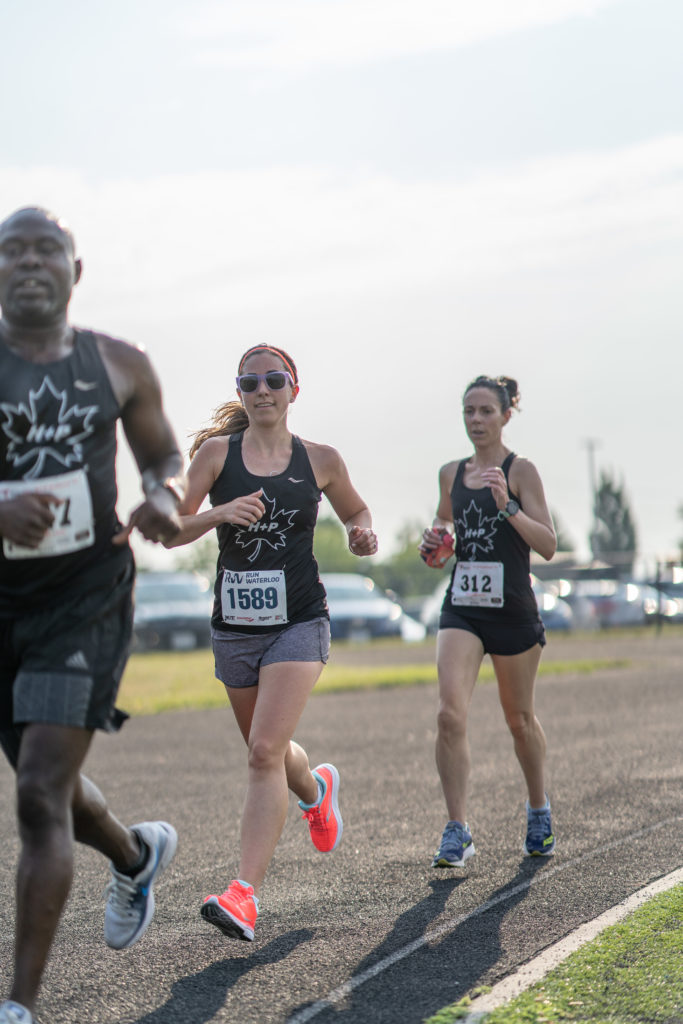 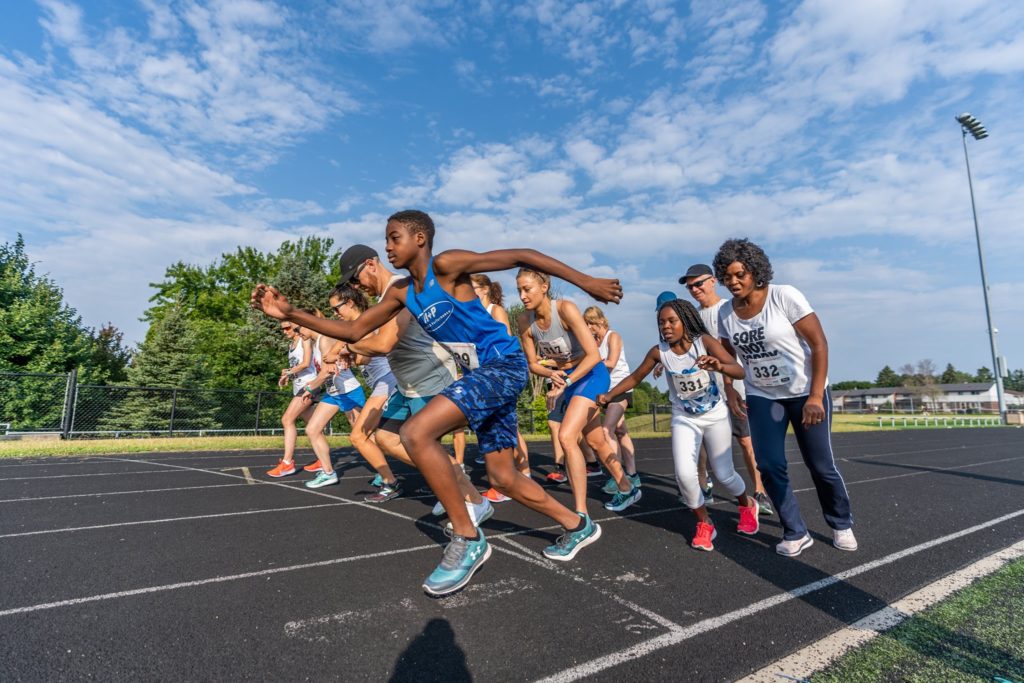 What a battle it was in the 3000m!  Jon Redfearn was our top finisher with a time of 9:24 with Graham and James both finishing under the 10-minute barrier for 2nd and 3rd OA.  Kayla and Janice were the top female finisher in 12:38!  The results were laced with PB and career bests- check out the full results. 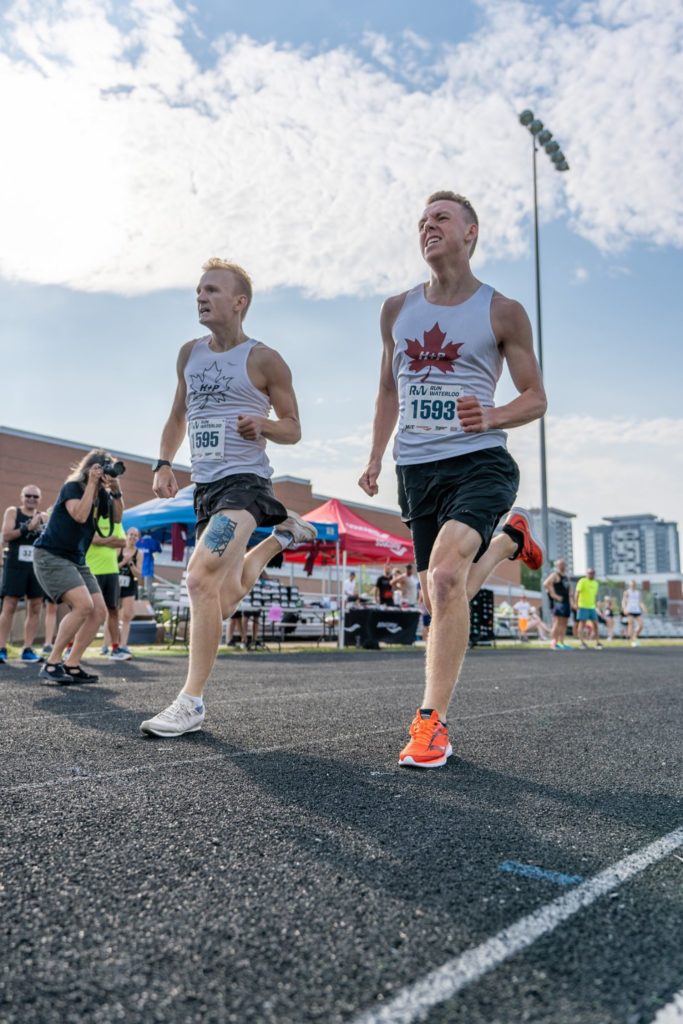 What an absolutely epic battle it was in the mile!  James led the entire way with Nick hanging on for dear life.  With ~ 5 metres to go, Nick was just able to slide in ahead of James with less than a 1s buffer.  Dave threw down a very solid 5:33 while Kayla and Janice both ran 6:33. 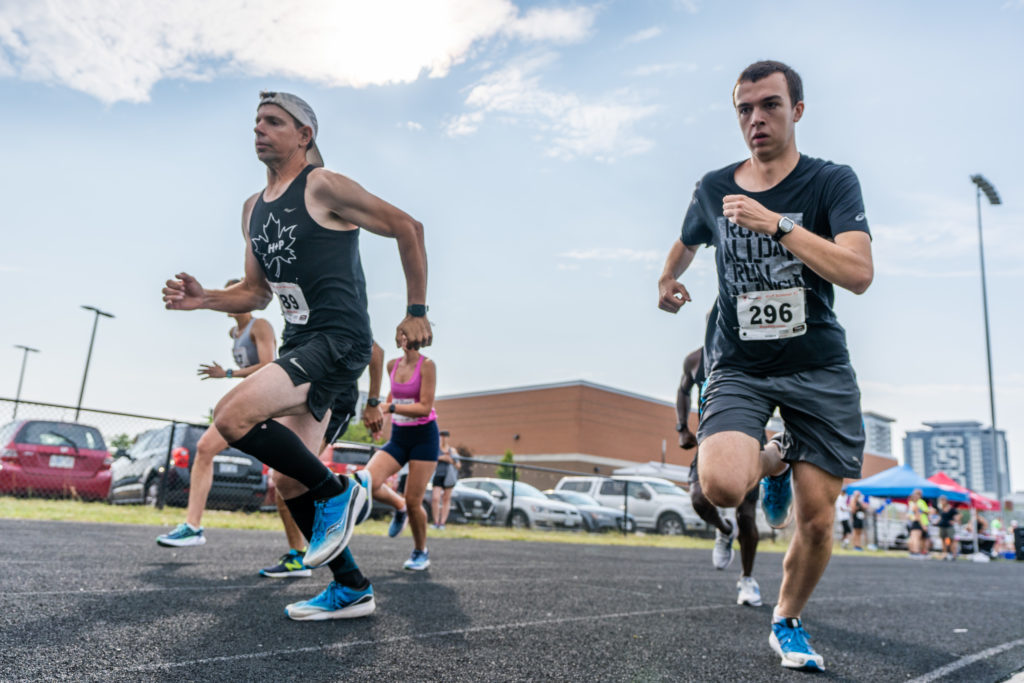 Tactics definitely played a roll in this race!  Graham Stonebridge has the fastest 5K PB in the group, but was still eliminated after 800m behind 8 other athletes.  Coach Nick Burt has a faster 5K PB than 3 of the 4 final athletes, but was still unable to make up for a poor starting position during the 1200m kick.  In the end, Coach Sean, Devon, Ian and David made it through to the end. 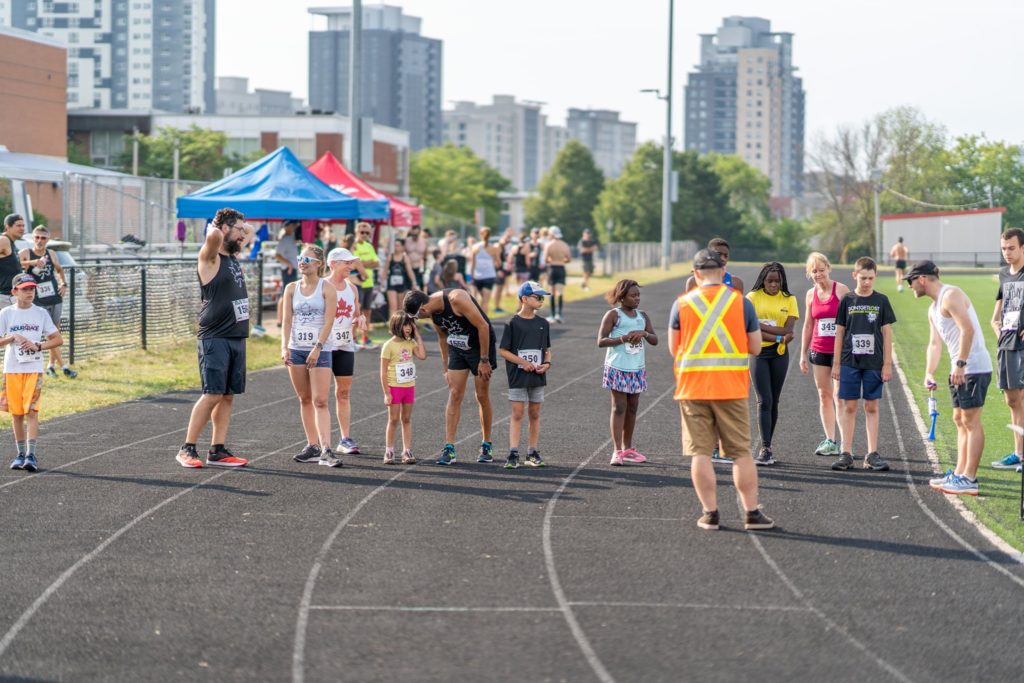 It was great seeing future H+P stars light it up as they hammer around the track for 200m!  Many of them impressed by tackling the 800m as well (see above)!

A huge thanks goes out to our sponsors and supporters!  First of all, a massive thanks to our timing and stats crew in Jeremy, Sam, Derek, Payton and Jenn! 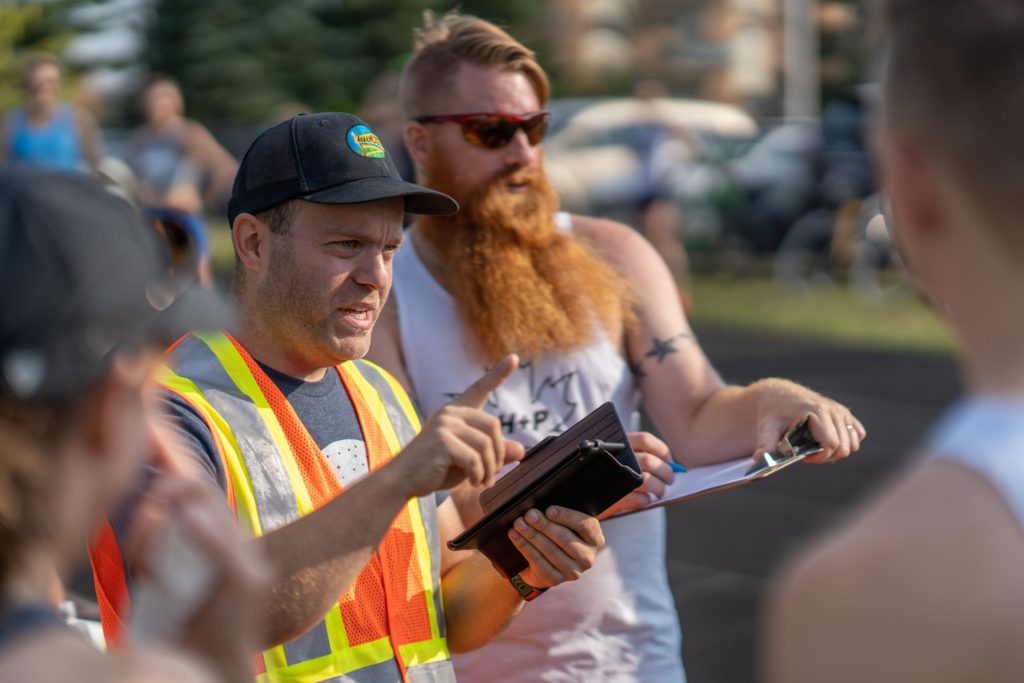 Also a huge thanks to David Wulff photography for the great shots that you see in this post and all over our social media.

A massive thanks to Julie of RunWaterloo for her upcoming shots along with Lloyd and Jordan for help with race bibs and the timing clock! 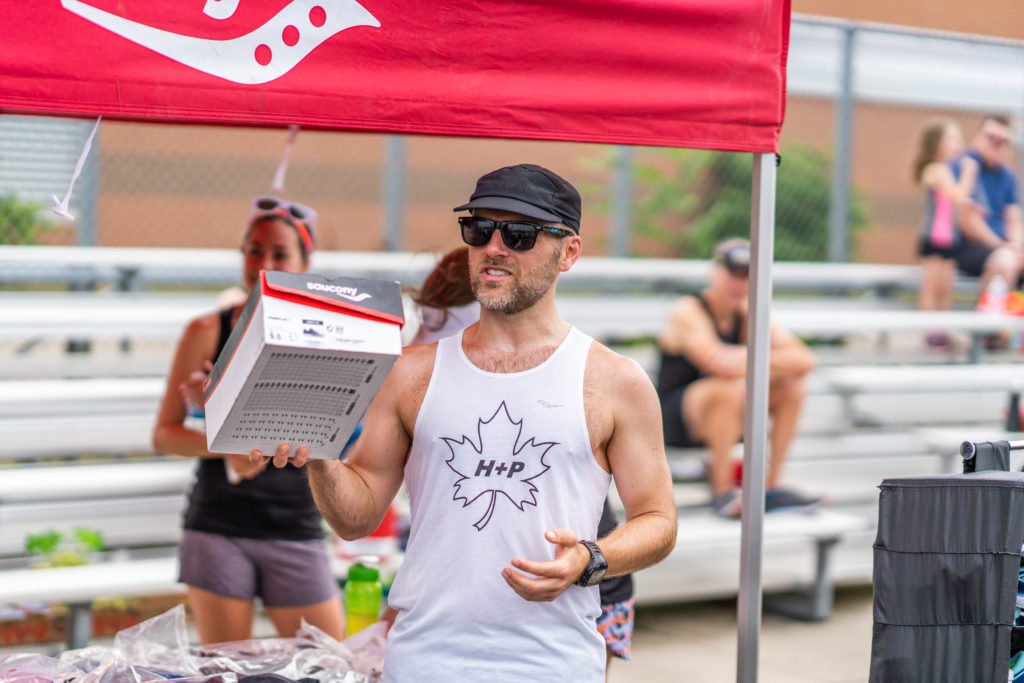 Also a huge thanks to Saucony Canada for providing such great prizes. 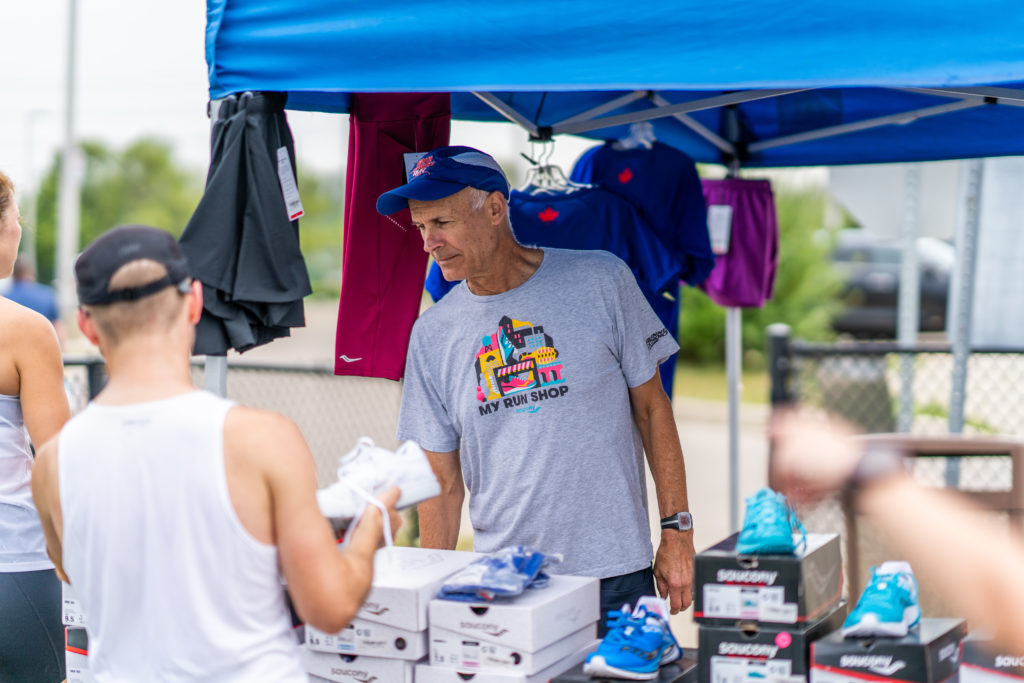 And to Runners’ Choice Waterloo for the gear and continued support.  Remember, we get 30% off Saucony gear at RC Waterloo every day of the week!

Thanks to My Next KW Home Group for the awesome food and drinks! 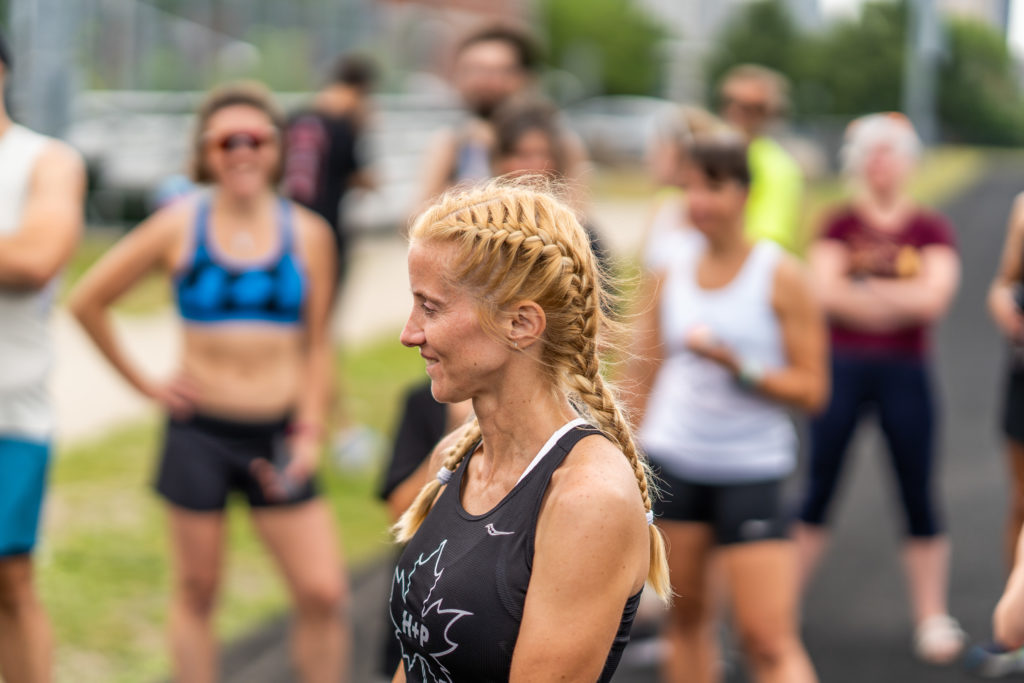 Also a HUGE thanks to Runner Robyn for the amazing post- Trackfest bash!  Hard to go wrong with great food, swimming, bonfire and a relay race!

Stay tuned for more pictures and videos as they pop up on our social media. Thanks again for the great event team, see you next year!